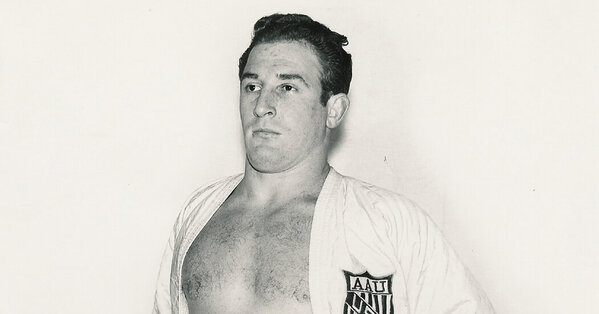 A tough guy who got beaten up by the likes of John Wayne, he had a bottom-line view of his job: “The more you get hit in the nose, the richer you are.”

One day in 1966, the stuntman Gene LeBell was called to the set of the television series “The Green Hornet” to deal with Bruce Lee, the future martial arts superstar, who played Kato, the crime-fighting Hornet’s sidekick. Mr. Lee, it seems, was hurting the other stuntmen.

Mr. LeBell would later recall in many interviews that he went further: He picked Mr. Lee up, slung him over his back and ran around the set as Mr. Lee shouted, “Put me down or I’ll kill you!” When Mr. LeBell relented, he was surprised that Mr. Lee didn’t attack him. Instead they came to appreciate their different skill sets, and Mr. LeBell became one of Mr. Lee’s favorite stuntmen.

Mr. LeBell never became as famous as Mr. Lee, who died in 1973, but into his early 80s — when he played, among other roles, a corpse falling from a coffin in an episode of the TV series “Castle” — he remained busy as one of Hollywood’s most sought-after stuntmen.

Nine years later, he was kicked by Elvis Presley in “Blue Hawaii.”

And he was knocked around a few times by James Caan.

“Every star in Hollywood has beaten me up,” Mr. LeBell told AARP magazine in 2015. “The more you get hit in the nose, the richer you are. The man who enjoys his work never goes to work. So I’ve had a lot of fun doing stunts.”

Mr. LeBell died on Aug. 9 at his home in the Sherman Oaks neighborhood of Los Angeles. He was 89. His death was announced by Kellie Cunningham, his trustee and business manager, who did not specify the cause.

Ivan Gene LeBell was born on Oct. 9, 1932, in Los Angeles. His mother, Aileen (Moss) LeBell, promoted boxing and wrestling matches at the Olympic Auditorium in downtown Los Angeles; his father, Maurice, was an osteopath and diet doctor who died after being paralyzed in a swimming accident in 1941. His mother later married Cal Eaton, with whom she promoted fights.

Gene started to learn to fight at 7, when his mother sent him to the Los Angeles Athletic Club.

“That’s a combination of everything,” Mr. Lewis said. “You can hit ’em, eye-gouge ’em.”

He started learning judo at 12 (although his mother told The Los Angeles Times in 1955 that he had been inspired a little later, in high school, when he was beaten up by a smaller teenager who knew judo), and by 1954 his proficiency had grown to an elite level: He won both the heavyweight class and the overall title in that year’s national American Amateur Union championships. He successfully defended his title the next year at the Olympic Auditorium, in front of his mother.

During one of the bouts, he said, he heard his mother’s voice above the din of the crowd shouting: “Gene! Watch out! Choke him!”

“The announcer observed, ‘I think Gene LeBell’s mother is prejudiced,’” Mr. LeBell recalled to The Los Angeles Times. “Was I embarrassed!”

His mother’s connections to Hollywood brought Mr. LeBell early stunt work with John Wayne and a friendship with George Reeves, the star of the television show “Adventures of Superman.”

Realizing that judo was no way to make a living, he shifted to professional wrestling later in 1955.

Mr. LeBell never became a big name in the ring or even a great wrestler, either under his own name or in a mask as “the Hangman.” But he gained notice in his role as an enforcer, in which he compelled other wrestlers to stick to the script, even when they didn’t want to.

“Gene would choke me out for saying wrestling was a performative art,” Bob Calhoun, who collaborated with Mr. LeBell on his autobiography, “The Godfather of Grappling” (2005), said in a phone interview. “But he was old school — he wouldn’t say wrestling wasn’t on the up and up.”

While not a star, Mr. LeBell was nonetheless honored in 1995 by a fraternal organization of wrestlers, the Cauliflower Alley Club, with its Iron Mike Mazurki Award, for achieving success in a field beyond wrestling, as the award’s wrestler-turned-actor namesake did. Mr. LeBell was inducted into the National Wrestling Alliance’s Hall of Fame in 2011.

Mr. LeBell had a long list of acting credits as well, mostly in bit parts. He often played referees and sometimes a thug, a henchman, a bartender or, as in “Raging Bull” (1990), a ring announcer.

Outside of his film and television work, in 1963 he took part in a preview of today’s mixed martial arts fights when he faced a middleweight boxer, Milo Savage, and defeated him in the fourth round with a choke hold that rendered Savage unconscious. It took time to wake him up, and as the crowd grew angry, a spectator tried to stab Mr. LeBell.

“It was a tough night, but ‘Judo’ Gene had defended the honor of his sport against the boxer,” Jonathan Snowden wrote in “Shooters: The Toughest Men in Professional Wrestling” (2012).

In 1976, Mr. LeBell refereed a match in Tokyo between Muhammad Ali, then the heavyweight boxing champion, and the wrestler Antonio Inoki. In what was billed a “world martial arts championship,” the two ended up kicking each other for 15 rounds — Ali landed only two punches — and the fight was ruled a draw.

Mr. LeBell said Mr. Inoki would have won the bout had he not been penalized one point for a karate kick to Ali’s groin.

Later that year, Mr. LeBell was arrested and charged with murder, along with a pornographer, Jack Ginsburgs, in the killing of a private detective. Mr. LeBell was acquitted of the murder charge but convicted of being an accessory, for driving Mr. Ginsburgs to and from the murder scene. His conviction was overturned by the California Court of Appeals.

Mr. LeBell also worked over the years with many wrestlers, including Rowdy Roddy Piper and Ronda Rousey, and trained with Chuck Norris, the martial artist and actor.

More recently the director Quentin Tarantino used Mr. LeBell’s initial encounter with Mr. Lee on the set of “The Green Hornet” as the basis for a scene in his 2019 film, “Once Upon a Time … in Hollywood,” in which Brad Pitt, as a stuntman, threw the Lee character into a car.

Mr. LeBell is survived by his wife, Eleanor (Martindale) LeBell, who is known as Midge and whom he married twice and divorced once; his son, David; his daughter, Monica Pandis; his stepson, Danny Martindale; his stepdaughter, Stacey Martindale; and four grandchildren. His brother, Mike, a wrestling promoter, died in 2009. His first marriage ended with his wife’s death; he also married and divorced two other women.

Although Mr. Calhoun said that “in any situation, with Bruce Lee or anyone else, Gene was the toughest guy in the room,” Mr. LeBell offered a pragmatic view of his reputation.

“People saying you’re the toughest guy is great,” he told Sports Illustrated in 1995, “but it still doesn’t add up to one car payment. Now I get beat up by every wimp in Hollywood and make thousands of dollars. You tell me which is better.”